Fast rising comedian, Mc Marcaroni has revealed how Don Jazzy sent him a huge sum of N150,000, eight years ago. 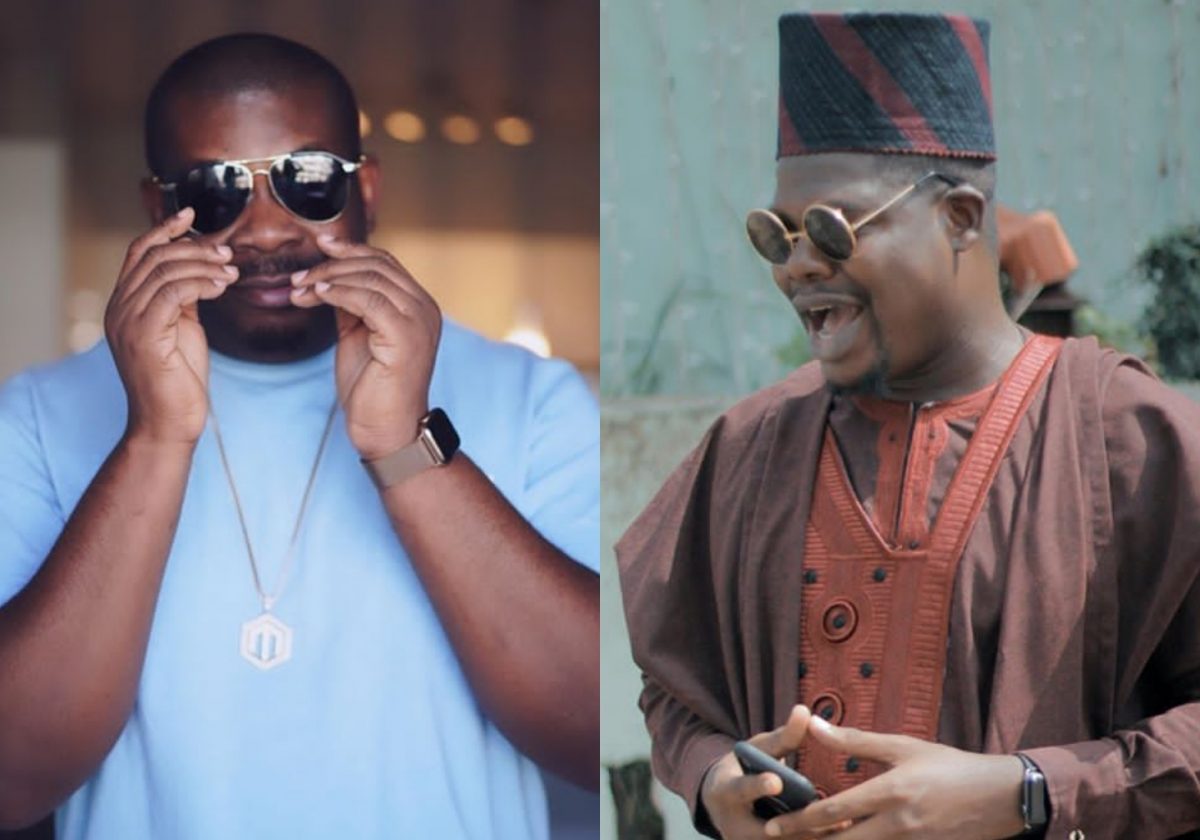 as Mc Marcaroni open up on the huge impact Don Jazzy played in his career.

Mc Marcaroni via a post on his Twitter page narrated how Don Jazzy helped him with N150,000 for a project he needed to execute.

According to the comedian and actor, he had committed a blunder on the micro

into Don Jazzy’s DM, a move that was fruitful.

See Mc Marcaroni narrating how Don Jazzy helped him below: 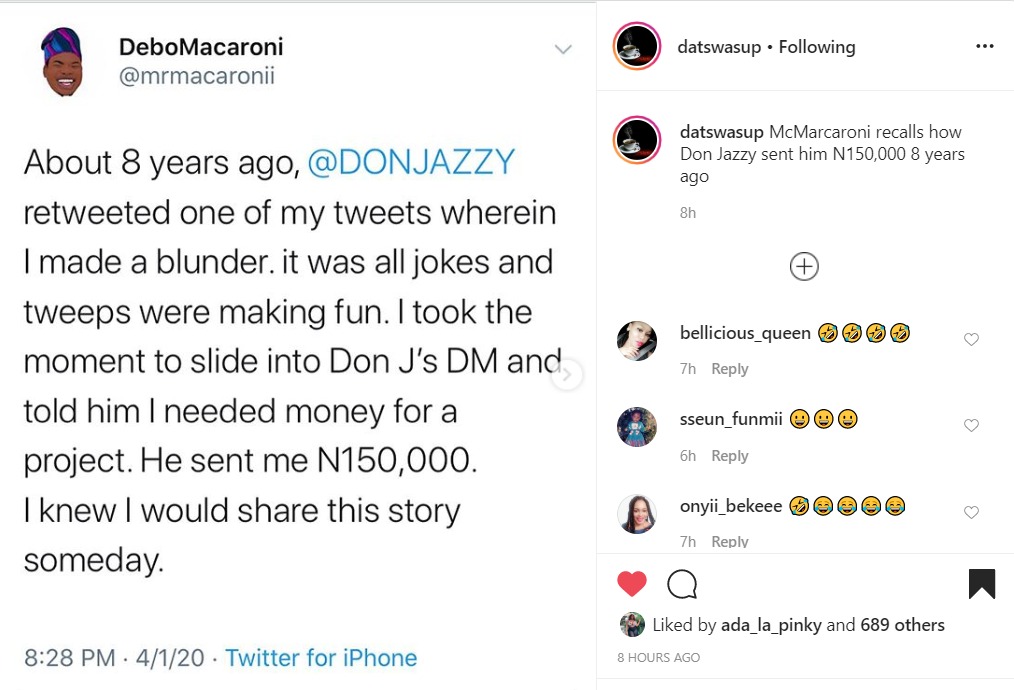 continue paving way for himself in the entertainment industry.

popular slang, “Ooin, you are doing well” has now been adopted by most of the

youths in the country.

Meet Eudoxie Yao, The Model With The Biggest Bum In Africa (Photos)

Tiwa Savage flaunts backside despite being in isolation (Photos)