Often times we tend to discard the precipitating factors or as social scientists will have it, the causal relationships of the high rate of infidelity in marriages. Perhaps, the coronavirus outbreak is spotlighting a lot of grey areas as regarding societal issues as well as dismantling our agelong institutions & beliefs.

A viral challenge dubbed Wife vs Side chick challenge has been making the rounds on social media- Basically, women dress in different outfits, one to depict a young independent woman referred to as “Side Chick” while the other depicts the generally perceived ways for, married women to dress. 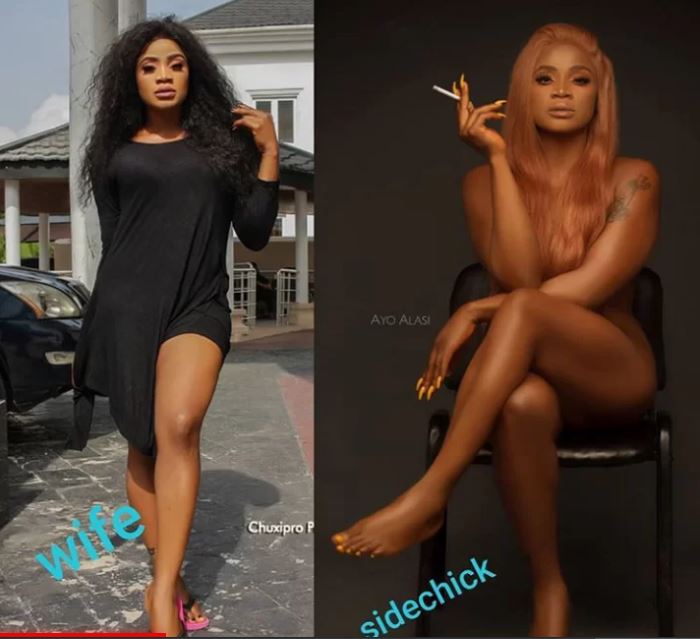 Just like a Nigerian Facebook user, Chinwuba Sidney Kene who had earlier condemned the Wife Vs Side Chick challenge currently trending stating that it is the dumbest thing he has seen on social media, popular Comedian, Funny Bone also expressed his concerns too.

MUST READ:  “I’m not going anywhere” – KiddWaya fires at detractors after constant attack on his social media accounts | Theinfong

The trend has seen actresses Mercy Aigbe, Nkechi Blessing, Uche Ogbodo etc jump on it with hot pictures of themselves.

Reacting to the trend, Funny Bone who recently won an African Magic Viewers Choice Award (AMVCA 2020), wrote this on his Instagram page.

“So no woman sees anything wrong with this Wife and Side Chick challenge abi? Oh because its the women pushing and enjoying it? The moment men jump on it now, then it automatically becomes disrespectful on the side of the women. 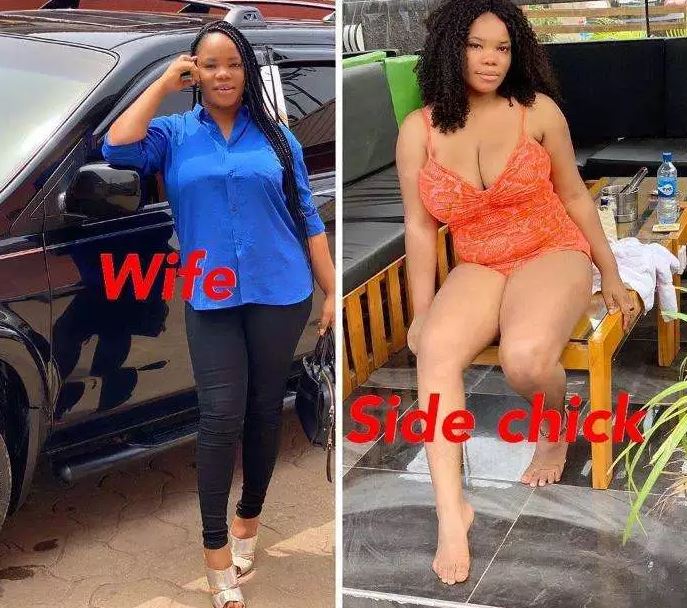 Personally, I think that the challenge elegizes the side chick and further downplays the Wife. But no feminist or Woman would see it as wrong. Na una be una own problem last last…”

If a wife looks less attractive than a side chick and it becomes normalised, it is safe to say we have seen the root cause for rampant cheating in marriages and relationships as women tend to lose their savour overtime and perceive it to be ideal because of the “title” of MRS. Are we now glorifying women that interrupt marriages?