Cardi B gets new tattoo from her neck to the back in new photos surfaced online.

new photo she posted recently on her official Instagram Story. 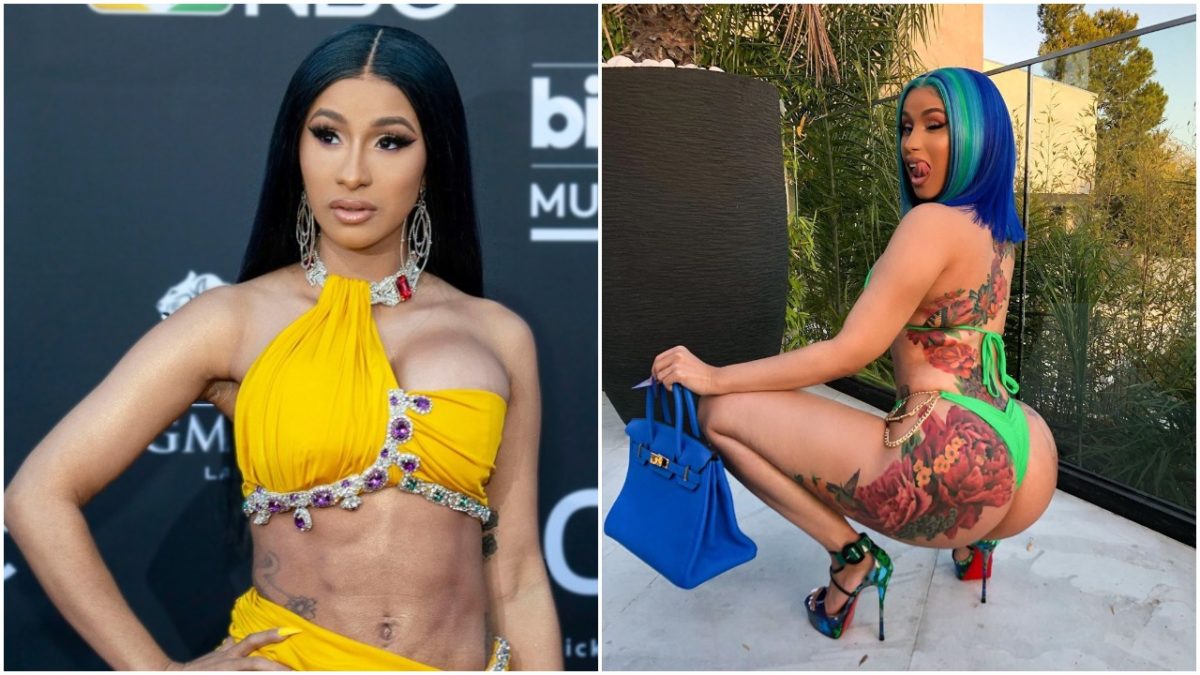 Cardi B who shares the picture which shows a new tattoo on her back to her neck which is still in progress.

The tattoo which resembles a butterfly with flowers and it is looking very cute.

In the photo she posted online, Cardi B bent her back so that the camera could capture the full tattoo

with her left hand on her neck, while holding her phone with her right hand.

MUST READ:  Both Nigeria's President and Donald Trump are clueless - Wizkid says (photo)

Cardi B’s tattoos tell the story of her rise to popularity and stardom despite a dirty past of her youthful age. 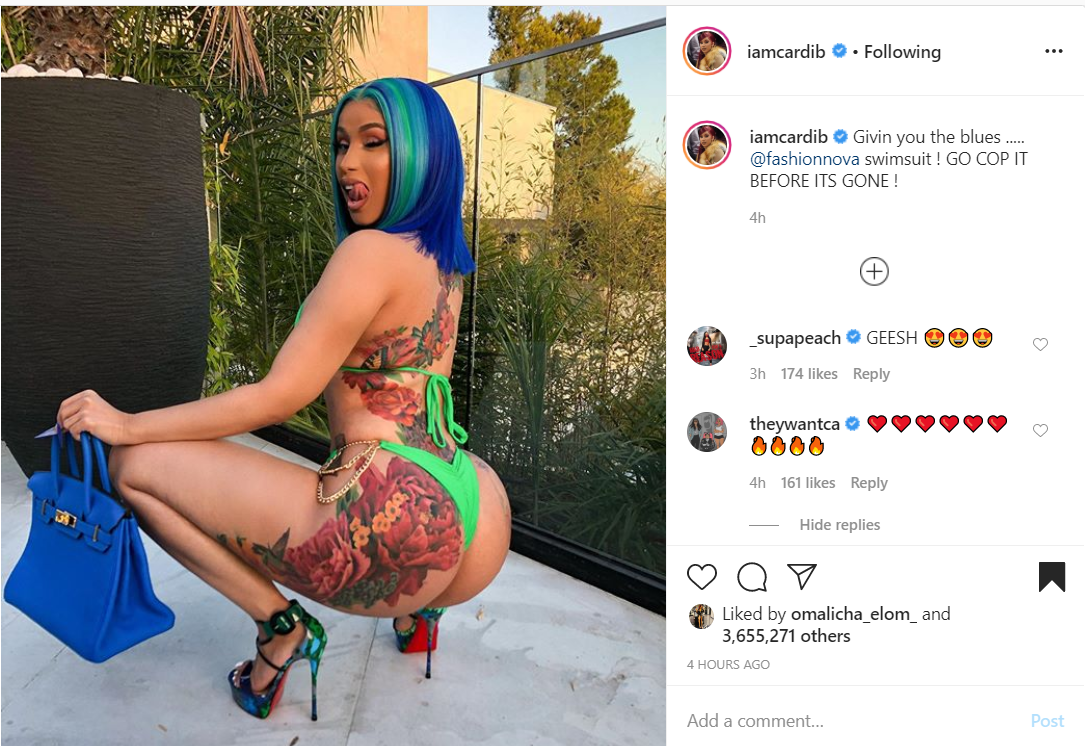 If you remember, she once worked as a stripper after losing her job as a staff in a store where they sell groceries and whatnot.

After her predicament, she learnt she learnt how to dance I a strip club and was into social media.

The celebrity and star got a large follower base on social media which in turn makes her popular.

This eventually earned her a spot of a regular show called love and hip hop in New York city.

She used this method to go into her music career which pays her well than she can imagine.

Offset, who is Cardi B’s husband also is into music and songs.

She came to Nigeria first we gave her a very welcoming reception.