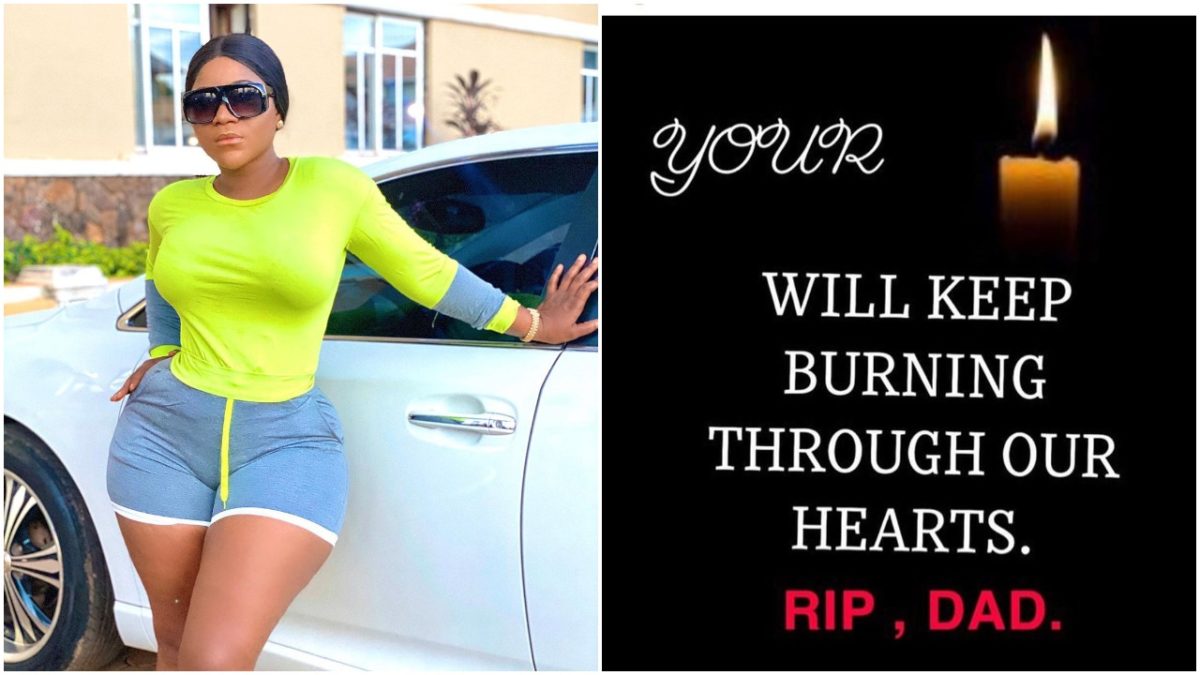 Actress Destiny Etiko loses her Dad as she says  “My heart is broken into piece , I’m so broken”.

This is a great loss to the family of the superstar Nollywood actress, Destiny Etiko.

She cries out as she lost her father to the cold hands of death few just this morning.

In her statement she put on her official Instagram handle, she says her father’s lamp.

And light will keep burning through their hearts.

This is a great loss to the family as the Nollywood actress is already receiving condolence messages.

If you could remember vividly, the death of Destiny’s father is just after another

colleague announces the death of her father, Bisola Badmus.

Bisola Badmus also mourns her father yesterday as she wrote a heartfelt message to him.

She also make some memorable moments with her father for people to see how he cares for her.

The Nollywood industry has been in tears.

And also grieving due to those loses.

And Remember that earlier this week, a legend in the movie industry was

She says how her father was there for her when she was unable to take a career path.

AEtiko also makes the people to know that her father

Is the best thing that as every happened to her since birth.

“I still can’t believe that the man who gave me life is gone.”

Destiny adds “Daddy u have always loved and supported me when I told u wat I wanted to take up as a carrier.”

“My heart is broken into piece , I’m so broken”

Destiny Etiko also cries out as she loses her Dad

Furthermore, you know I love u more.

And any other thing in this world.

I pray I get through this daddy but till then.

“May u keep resting in the bosom of the lord IJN Amen” Destiny cries out.

FG Unaware Of Movement Of Supposed Chinese Doctors In Nigeria |