One of the famous and renowned Nigeria celebrity who is popular, sometimes, because of her shape. 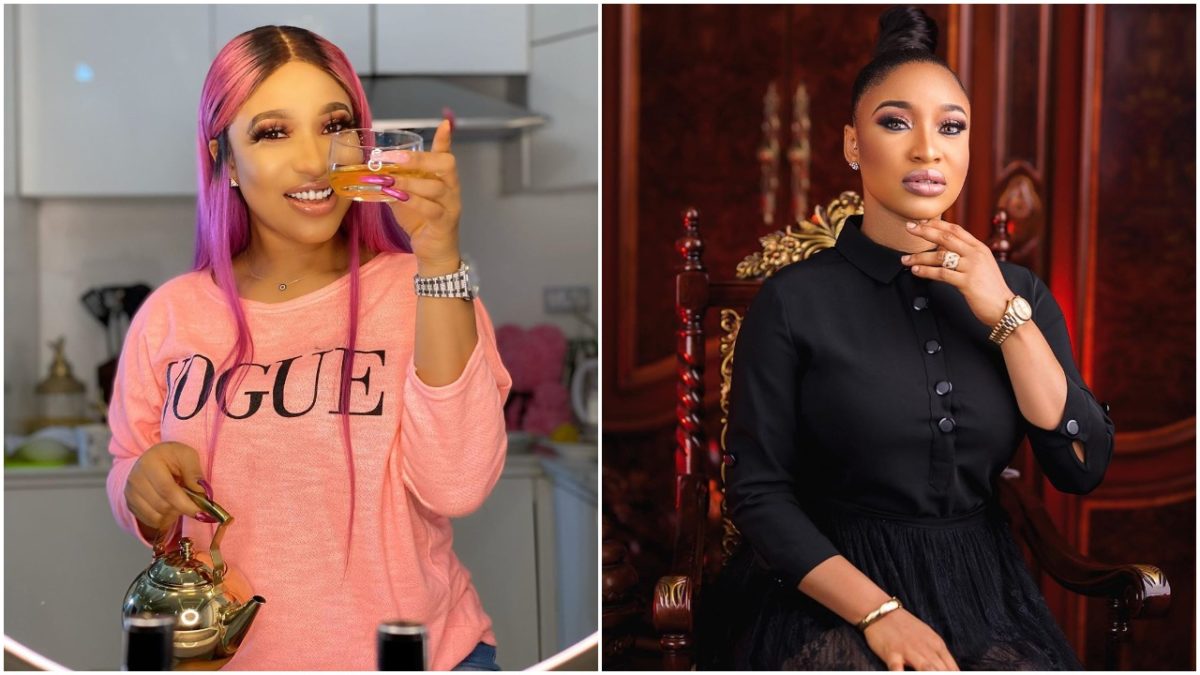 Tonto Dikeh who is a single mother and a very talented actress that has featured in many movies.

In her pursuit for fame and greatness, he is as well a movie producer and director.

Many of her impact in the entertainment industry can never be forgotten in a short time.

And the single mother, however, loves to flaunt her body shape and how pretty she is.

Dikeh is also into entrepreneurship and sales of body accessories.

Not later, she was however a friend to a famous Nigeria male Barbie who was arrested recently.

MUST READ:  "All I Wanted Was Birthday Sex", Actress Joke Jigan Laments

This male Barbie was arrested in his house sometimes last week by the Nigerian police in his residence on Lagos Island.

Bobrisky however, thinks has a relationship with the female celebrity.

And just because they are always seen going to functions and ceremonies together in Lagos.

In a statement released on the official Instagram page of the popular Nigerian actress.

She says she likes the present body type and body shape at the moment.

Also she is very happy in her conversation with the type of sexy body she Carrie’s about now.

And she said anybody that says cosmetic surgery is bad should pray for her former body.

Check out the pictures of the former and present body of Tonto Dikeh below. 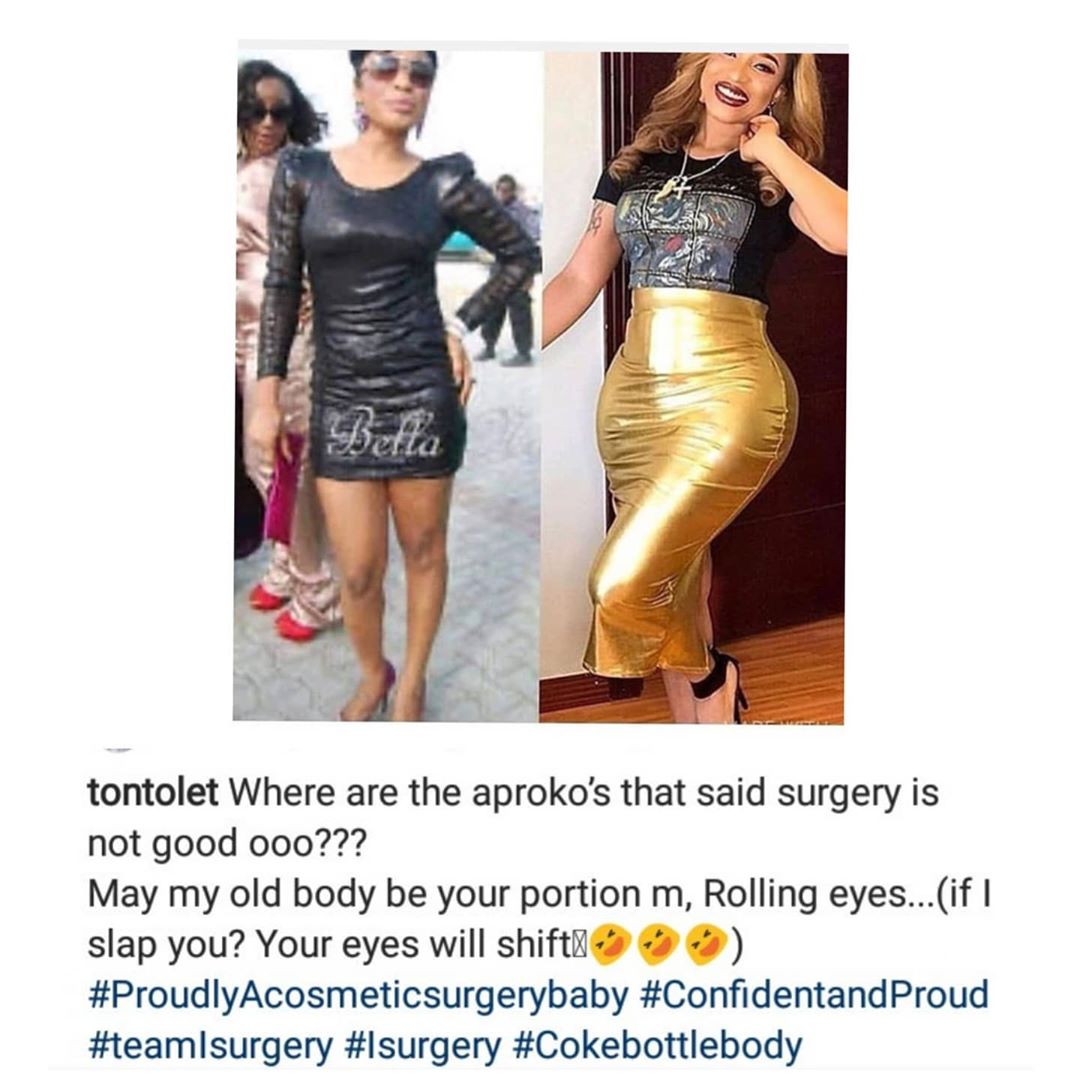